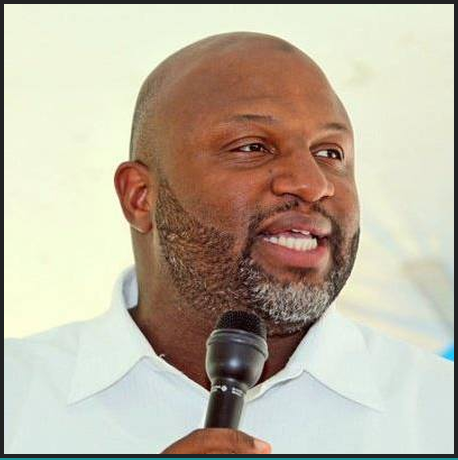 Imam Makram El-Amin’s commitment to service and civic leadership has made him a pillar in the Minneapolis community. For more than two decades, his work as a religious and community leader has been firmly rooted in the principle of our inherent human dignity. In addition to his weekly teaching duties, Imam El-Amin leads Al Maa’uun (Neighborly Needs) Community Outreach Services (almaauun.org) that addresses food insecurity, affordable housing, career services, and mentoring.

A student of the late religious leader and scholar Imam W. Deen Mohammed, his thoughtful and moderate approach to Islam has afforded Imam El-Amin opportunities to share the stage with Bishop Desmond Tutu and the Dalai Lama. He was a delegate to a historic interfaith event in Rome with Pope John Paul II and member of an interfaith clergy delegation to the Holy Land.

As advisor to Keith Ellison, the first Muslim elected to Congress and current Minnesota Attorney General, Imam El-Amin has counseled Ellison on religious issues and accompanied him on international trade trips. In 2007 the New York Times tagged him the ‘congressman’s imam’ and emerging voice for religious tolerance and Muslim participation in the public square.

A frequent lecturer on Islam, he has represented Muslim Americans in Europe, Turkey and the Middle East. He is a member of the Minneapolis Downtown Clergy and serves on the advisory board of the Muslim-Christian Dialogue Center at the University of St. Thomas.

When not leading his congregation, Imam El-Amin continues to serve by helping mentor adult men transitioning from prison into the workforce. He plays life coach to hundreds of men improving their lives through education and employment.  Since the beginning of COVID-19 in Minnesota, he and his team have served nearly 100,000 meals, distributed 100,000+ pounds of produce & shelf stable items, and PPE equipment and supplies to countless individuals in Minneapolis

Imam El-Amin served as a chaplain with the Minneapolis Police Department from 2014-2020.

Imam El-Amin is the second of five children. He’s married and he and his wife, Sharon, have three children, Porsche, Malik and Nasir, and three grandsons, Naieem, Me’Khi, and Nasir Jr.