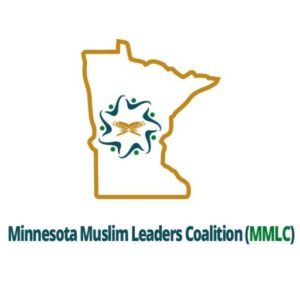 In the name of God, the Most Gracious the Most Merciful

The Minnesota Muslim Leadership Coalition is outraged beyond words at the ruthless killing of George Floyd, an unarmed Black man. We are sickened by the systemic harm and racist oppression of Black and brown bodies inflicted by police officers acting in the name of preserving public safety.

We oppose any systems that perpetuate injustice and are openly calling for the reform and re-building of more just systems of law enforcement.

Against the backdrop of COVID-19, which is disproportionately infecting and killing Black people in the U.S., this senseless murder comes as yet another harrowing reminder of the pervasive nature of white privilege in America. Whether violence is visible to the naked eye or deeply embedded in the foundation of our health care system or economy, it is violence just the same.

Police brutality is now a leading cause of death for young Black men in the U.S. Minneapolis is home to one of the widest racial disparities in the nation — Black people are killed by the police at a rate 13 times higher than white people. The loss of George Floyd’s life is a fresh cut in a long series of unhealed wounds inflicted by law enforcement on Black communities. We must ask ourselves: How many more times must this happen? When will accountability result in systemic change?

At some point, we must name that the current system is not serving its stated goals, and in fact, perpetuates the very lens of white dominance that keeps communities from being safe.

In this moment, we need to take a deep look at the systems built around us and act urgently to change them. Specifically, we are calling for:

Black men immediately like suspects in the first place. 3. Creating deeper, structural changes through the lens of restorative justice (instead of punitive justice) and community-based models of policing, in an effort to address deeper systemic issues that led to this and similar killings. 4. We demand that MPD ends the “police exchange” program with the state of Israel. 5. Require all MPD officers to undergo intensive and comprehensive racism and bias training.

As our nation continues to be torn apart by racism, we cannot sit as idle passengers and on-lookers. We must step into our power and drive intentional efforts at deep systems change. We must demand better for the sake of our shared humanity and for the sake of justice.

34. Reviving the Islamic Sisterhood for Empowerment